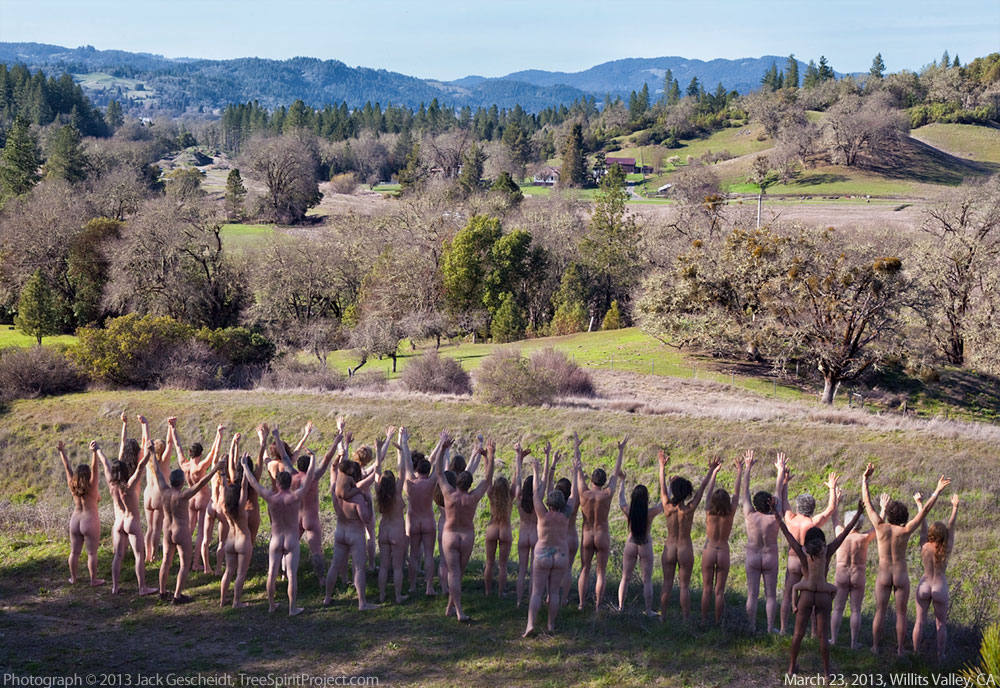 This bold support for woodlands, wetlands, wildlife & community was held March 23, 2013.  Like all TreeSpirit events, it was peaceful and harmless, inspired by the endangered trees, land and water it was designed to draw attention to, in order to preserve them from a disastrous, unnecessary highway project that will destroy 87 acres of wetlands, and much more. 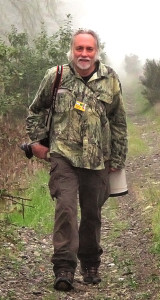 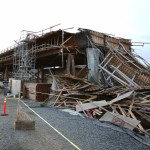 • SIGN the petition to challenge The Willits Bypass highway project which is destroying 86 acres of wetlands, and more.

• READ about Caltran’s environmental damage, lack of permits, and community efforts to minimize the harm, HERE.

• AUGUST 6, 2014 EXPOSE: A chilling, in-depth article by Will Parish on Caltrans’ Minister of Propaganda — oops, Director of Public Relations — Phil Frisbee.  For those with the stomach for reading the real dirt (i.e., lies) behind the happy face of a 1950s-style highway-building, environment-chomping machine run amok in 21st century California.  Published by the Anderson Valley Advertiser of Mendocino County, CA: http://theava.com/archives/33878

DEC. 19, 2013 UPDATE: A federal judge has ruled Caltrans can continue with its massive, environmentally devastating plan to build an unneeded, 4-lane interchange around the small town of Willits: READ MORE

SEPT. 23, 2013 ABC-TV News Story: After months of permit compliance failures, Caltrans is called to task by Army Corps of Engineers in destruction of federally protected wetlands: 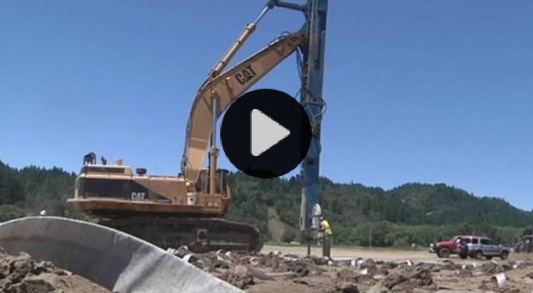 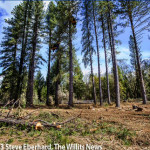 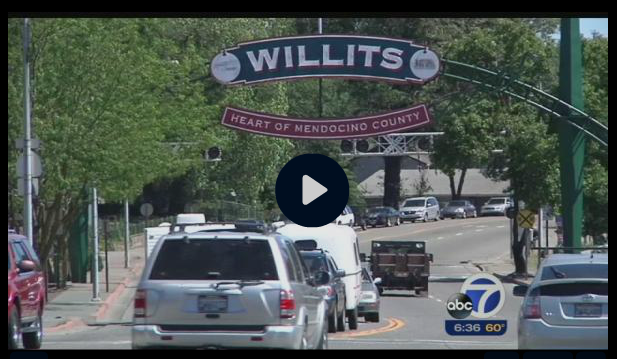 87 acres of wetlands in Willits Valley, CA will be drained and filled in — the largest wetlands fill permit granted in northern California in 50 years.  Additional acres of woodlands and valley streams, salmon and wildlife all face devastation by this massive, unnecessary highway extension. 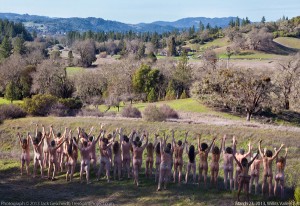 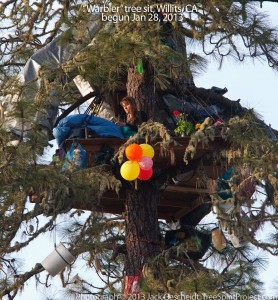 • A brave woman calling herself, “The Warbler,” peacefully perched in a large Ponderosa pine tree for over 2 months until forcibly extracted by Caltrans — and the tree chainsawed to build a highway only profiteers want.

• Her ground support team was arrested, her tree fenced off, and she then began a hunger strike on March 28, her 2-month anniversary, a  risky action while 60 feet above the ground.

• Activism, art, community action and legal actions can still save this land — and wasting $210 million California taxpayer dollars.  You can help (see bottom of page).

BACKGROUND:  On January 28, 2013, a 24-year-old Willits resident, calling herself “Warbler” for the tree sit, lived day and night in an 80-foot-tall ponderosa pine tree.  She peacefully, dramatically, called attention to “The Willits Bypass,” a $200 million environmental disaster.

The Willits Bypass is what Caltrans (the California Dept. of Transportation) calls their plans for a new 2-lane, 6-mile highway, routing Hwy 101 traffic around the town of Willits, population 5,000.  Caltrans will drain and fill-in in 87 acres of wetlands — the largest wetlands fill project in northern California in 50 years and pave over 6 miles of meadow in undeveloped Willits Valley.  And fill in streams.  And “relocate” all its fish, including coho salmon.  And bulldoze and clear cut acres of oak/pine/madrone woodlands.   And level hillsides. 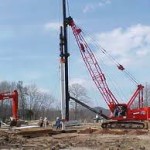 Protect wildlife, peace of mind, and Willits Valley (below).

Caltrans claims this massive, wildlife-depleting, polluting and pricey project is needed to reduce north-south Hwy 101 truck traffic through Willits. But the majority of Willits residents oppose the bypass, citing studies that show 70% of Willits traffic is local, not thru-state.  More effective, cheaper and more environmentally benign alternatives have been proposed — and ignored.  CalTrans won’t budge because their long-term goal is to build a 4-lane highway through California — and award multi-million construction contracts all the way.  Big business as usual.  Local communities, be damned.  YOUR CA state tax dollars hard at work.

The more you learn, the more outrageous The Willits Bypass is.  And why 90% of Willits business owners oppose it, too.

In short, CalTrans is acting as if it’s 1950; as if we don’t know, in 2013, the devastating long-term effects of destroying land, forest, meadows, streams, fish and wildlife populations.  And the immediate community-harming effects of massive noise, air, land, and water pollution. 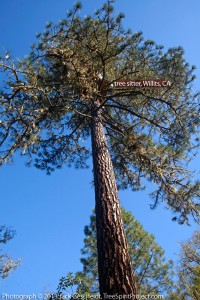 The issues here deserve state-wide and national attention.  The friction between old, environmentally unconscious thinking, and modern environmentally aware thinking is occurring across America.  We now understand that humans are part of a larger, intricate and delicate ecosystem that sustains us.  To destroy and pollute hundreds of acres of living land and contribute to global warming for a non-essential roadway is actually suicidal.

• Take 30 sec. to sign the petition challenging the sanity (and necessity) of The Willits Bypass.