Each week Jack travels to a different tree or forest hotspot to make art photos of regular people brave enough to dramatically, vulnerably commune with trees — to protect them from destruction.  A unique type of environmental activism with an urgent message: to protect and care for Earth’s irreplaceable trees and forests.

A project under consideration. By Cognitive Production & Development.

Jack talks trees — why they are so important in our lives and to our well-being — with SinoVision, one of the largest, most influential Chinese-language TV networks and Chinese language websites in North America.
Director/Videographer, Tian He.  July 2017

Over 90 volunteers hiked 6 miles of dirt trail, hauling hundreds of gallons of water, into a drought-stricken wild elk Reserve at Point Reyes National Seashore because the National Park Service has been slow to act, protecting private cattle business while confining wildlife in a national park behind fences.  Hundreds of the rare species, called “Tule elk,” have died in recent years and are struggling to survive.

LEARN MORE about the elk at Point Reyes.

Jack talks trees, deforestation, climate change and the crucial role trees play in the survival of the human species along with thousands of others species — and the most effective, direct action you can take, today, to mitigate the climate crisis — for the opening of the Arbor Day Foundation’s annual forestry conference.   November 2018

TreeSpirit’s courageous, nature-loving participants earn TV attention by standing up for trees and forests all over:

The Post & Courier, Charleston, SC. Sarah Bates documents TreeSpirit at the ancient Angel Oak Tree of Johns Island, SC.  Threatened by a development project that would cut down 40 acres of surrounding forest and fill in a wetlands, bold volunteers risked arrest with Jack to save this woodlands from destruction.   May, 2011

NBC-TV & ABC-TV, SF Bay Area, CA. Over 75 participants joined Jack to support tree sitters who lived 2 years in The Memorial Oak Grove of Berkeley, CA.  This last stand of native coast live oaks on the flatlands of Berkeley was slated for destruction—so a gymnasium could be built atop the active Hayward earthquake fault.  March 2007

In-depth interview with Jack about TreeSpirit, for photography fans, by Fstoppers.com.  November 2011 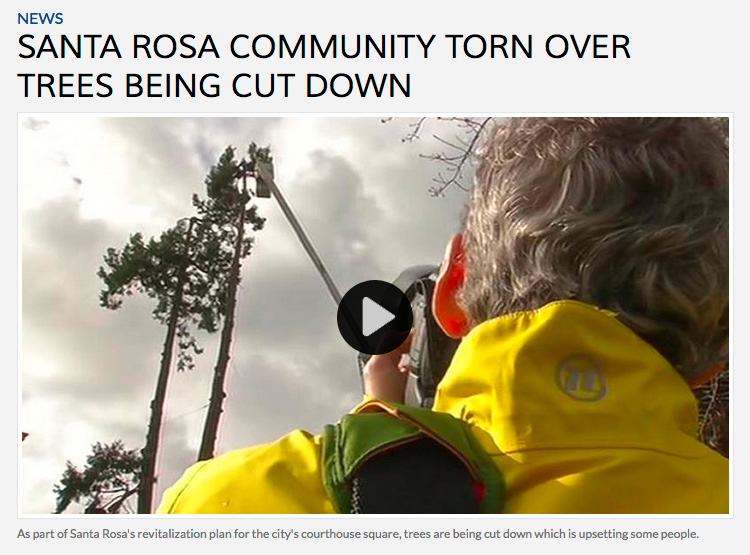