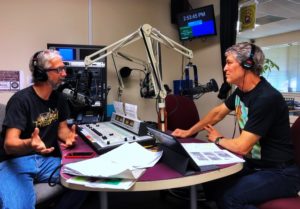 The latest wide-ranging talk on the Petaluma, CA-based “Food Is Energy” program with Ray Cooper.

The featured topic is the controversy at Point Reyes National Seashore where shooting wild elk is proposed to protect the commercial interests of ranches and dairies — and the many related environmental, ethical, and national issues at the intersection of the conflict in this only SF Bay Area National Park. (You can read more about this issue on this website.) 60 min. DECEMBER 2, 2019

A lively talk on the “Food Is Energy” show with Ray Cooper, on the intersecting environmental topics of food, global warming, deforestation, land & water use, pollution, and how the average person can most effectively make a difference for the better.  60 min. JULY 1, 2019 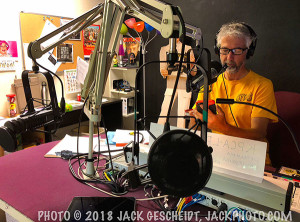 A lively talk about the critical role of trees in our lives, both personally and globally; the most pressing crisis of our times; how trees are directly involved, and what YOU can do to make a big difference. 60 min. FEBRUARY 4, 2019

KPCA INTERVIEW with Jack Gescheidt, on “Food Is Energy” radio show with Ray Cooper.  A wide-ranging one-hour talk about trees, TreeSpirit, Jack’s roots in big, bad New York City, the crucial role trees and forests play in our lives, a plant-based diet, the treatment of animals and more.   October 22, 2018

Main Street Vegan RADIO INTERVIEW with Jack Gescheidt, by Victoria Moran: A lighthearted talk about TreeSpirit, trees, New York City, Central Park, vegans, veganism, the doc. film “Cowspiracy,” Dr. Will Tuttle, and not so much about the planet Vega. Sept. 23, 2015

KCBS RADIO INTERVIEW with Jack Gescheidt, by Megan Goldsby, at TreeSpirit’s “STAND UP for 450,000 trees” event in the eucalyptus grove on The UC Berkeley Campus, Berkeley, CA.  July 18, 2015.

5:48 • Jack speaks with Margie Shafer after making a photograph in The Memorial Oak Grove in Berkeley, CA.  Jack was warned by police he would be subject to arrest if he proceeded with his plan to photograph demonstrators in a threatened oak grove. March 17, 2007.

1:24 • KQED’s Erica Kelly speaks briefly with Jack before his photograph in The Memorial Oak Grove in Berkeley, CA, March 2007.

BEFORE the TreeSpirit photograph in Richardson Grove State Park in Humboldt County, CA, where 1,000-year-old redwoods would be damaged by a highway widening project, Jack talks with Paul Encimer.  August, 2010.

6:16 • AFTER the photograph in Richardson Grove State Park, Aliana Knapp-Prasek hosts Jack’s download of the experience (Humboldt County, CA) where 1,000-year-old redwoods would be damaged by a highway widening project.  September 14, 2010.