OCTOBER 2021: Caltrans is at it again; working to cut into Richardson Grove’s protected old-growth redwoods so a scenic highway can accommodate more & bigger trucks. CLICK HERE for E.P.I.C. UPDATE

Caltrans and business developers continue their push to cut into the ancient redwoods of Richardson Grove State Park, but your signature helps keep the forest-destroying, road-building dogs of development at bay.  SIGN Center for Biological Diversity PETITION HERE: https://act.biologicaldiversity.org/RhpcP4tJWUG-SLRuExmlqQ2?sourceid=1007172&ceid=703782 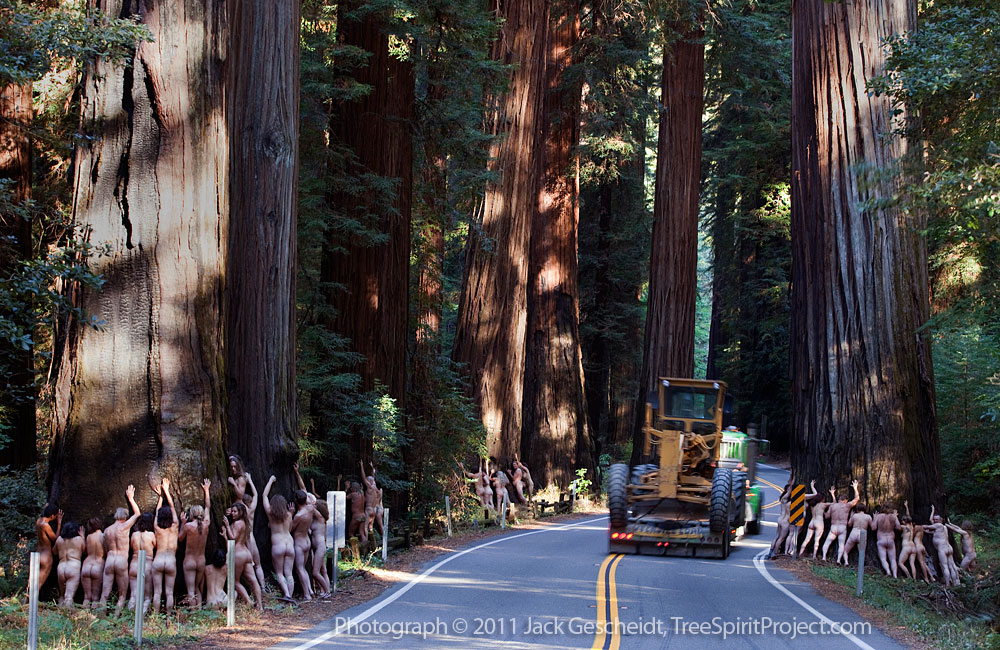 “Here Before the Prophets” in Richardson Grove State Park

Local environmental groups dedicated to protecting this ancient redwood forest — already designated a CA State Park — won in court once again.  A federal judge ruled that CalTrans’ construction project would damage old-growth redwood tree roots and harm them by cutting some roots, paving over roots and, with more and longer trucks driving through the grove at higher speeds, increase the likelihood of collisions with redwoods.

The judges decision once again blocks the bureaucracy that is The California Dept. of Transportation, aka, “Caltrans” from harming ancient, protected redwoods.  For over a decade, CalTrans has lobbied unwaveringly to widen the section of roadway (pictured above) despite community opposition. 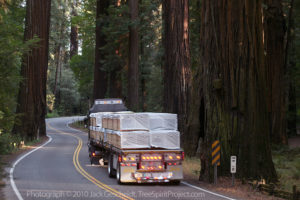 Trucks CURRENTLY can drive thru the grove.

Caltrans would cut down many smaller trees and then, worse, compress and cut into the roots of protected, ancient, old-growth redwoods.  Why?  So the current tourist-friendly 2-lane road bisecting the Richardson Grove’s old-growth redwood could accommodate more and longer trucks driving faster — and more loudly — through this southern Humboldt County state park.

The park’s ancient redwoods have been protected by local activists and redwood defenders for over a decade, since the build-a-bigger-highway plan was first proposed — in 1994!  Ground has never been broken on this destructive and unnecessary highway expansion, but Caltrans relentlessly pushes its more-pavement-is-better agenda, ignoring legal defeats, environmental concerns and, most of all, public opinion.

Increasingly, what we citizens love and value we must act to protect.  Widening this road for big rig trucks is: A) not necessary, and: B) not economically defensible because (eco)tourism is booming.  Preserving our forests and undeveloped places is not only the wisest, most sustainable choice for America, but here also the best industry, too: Humboldt County tourism.  The majority of Americans now know better than the 1950s mentality road-building and highway expansion.  We just have to spread the word, speak out, and inform our fellow citizens — and hold our elected officials accountable to our will.  When the people lead, our leaders will follow.

READ ABOUT THIS COURTROOM VICTORY FOR TREES.

You’d think 2,000-year-old redwoods in a California State Park would already be well protected from saws and development…but you’d be mistaken.

We citizens may be called to action repeatedly, to protect what’s alive and precious in our wild places, and in our own lives.  Preserving these ancient creatures is an imperative both because they deserve to live, and because future human generations benefit immeasurably from knowing them.

READ MORE about how and why a community of citizens, environmental activists, nature-lovers, and treehuggers worked for years to win protection — for now — for these now rare, living wonders:
• http://www.wildcalifornia.org/blog/plans-halted-for-widening-highway-through-ancient-redwoods-in-californias-richardson-grove-state-park
• http://www.wildcalifornia.org/action-issues/rein-in-caltrans/save-richardson-grove

In 2011, the courageous redwoods defenders in this photograph chose to ignore CA State Park rules prohibiting nudity — but allowing Caltrans (The California Dept. of Transportation) to chainsaw the roots of dozens of ancient redwoods of Richardson Grove State Park.  These daring treehuggers drew public and media attention to this proposed project that would damage redwoods 1,000-2,500 years old.  Already, we humans have cut down over 95% of American’s old-growth (over 200-years-old) redwoods.

Caltrans continually lobbies for multi-million-dollar 1950s-style highway-building, as if we don’t know better in the 21st century, as if this were the only way to generate jobs — rather than less destructive, less wasteful, less expensive eco-tourism, to name just one obvious, far wiser alternative.   Caltrans would open this section of Hwy 101 (pictured here) to more and larger trucks — blithely ignoring its designation as a protected state park.

A community of thousands of caring citizens were successful!  As of Oct 2013, the court ordered Caltrans back to the drawing board and chainsaws were halted — for now.  Now, October 2013, Caltrans is back at it with another tree-killing, environmentally harmful plan, including cutting into the roots of old-growth redwoods to widen the highway — common sense and appreciation for ancient, irreplaceable trees be damned.  Concerned citizens can learn more — and help.

It’s up to us American citizens to protect our precious ancient trees from short-sighted harm.  If we get involved, we the people have the power to preserve them for the wonder and enrichment of present and future generations.  And because the trees themselves deserve to continue living.  Over 95% of American’s old-growth redwoods (redwoods over 200 years old) have been cut down.  Learn more, get involved: Environmental Protection Information Center

GO TO: The TreeSpirit Film page for this event.

READ Jack’s BLOG of making this photo in broad daylight on Hwy 101.